So we have been battling the clog of the toilet at Empire Subang for a while.  We have changed several plumbers & a few plungers, yet the problem remained.  Finally today, we solved the clog issue.  It was a PLASTIC COASTAL that was clogging the whole thing.  Who in their right mind would flush a coastal down the toilet, let alone a plastic one!  To the one who did it, please stop this crazy trick in the future.

It was disgusting, and the smell was terrible!  I had to hold my breath in order to avoid fainting inside.  So, I had to go through the live & death moments to capture these few pictures. 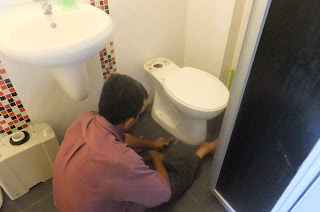 In the process of removing the toilet bowl. 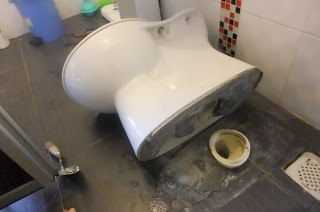 Finally removed.  You could tell the hole wasn't done the right way to begin with. 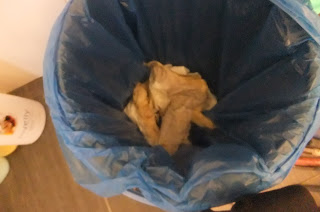 Literally a roll of toilet tissue that we took out. 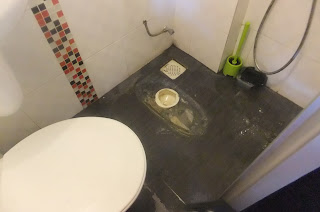 With the toilet bowl removed, and cleaned.  Now ready for the assembly work. 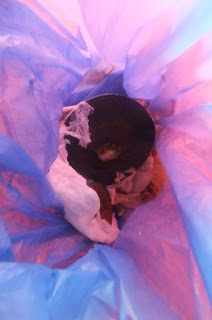 Can you the black coastal?

For those who had to suffer through the clogging & over flowing issue in the past, we apologize for it.  It is a smooth flush now.
Posted by Empire Trio at 4:06 AM

Promote Your Page Too

Please send your money to EmpireTrio@gmail.com

Empire Trio
We are a company focuses on property investment and management. This Empire Loft is our first try into boutique hotel venture. We hope to have more next year.